January 04, 2018
What’s the difference between deep learning and a regular neural network? The simple answer is that deep learning is larger in scale. Before we get into what that means, let’s talk about how a neural network functions.
To make sense of observational data (like photos or audio), neural networks pass data through interconnected layers of nodes. When information passes through a layer, each node in that layer performs simple operations on the data and selectively passes the results to other nodes. Each subsequent layer focuses on a higher-level feature than the last, until the network creates an output.
In between the input layer and the output layer are hidden layers. And here’s where users typically differentiate between neural nets and deep learning: A basic neural network might have one or two hidden layers, while a deep learning network might have dozens or even hundreds. For example, a simple neural network with a few hidden layers can solve a common classification problem. But to identify the names of objects in a photograph, Google’s image recognition model, GoogLeNet, uses a total of 22 layers.
Why so many layers? Increasing the number of layers and nodes can potentially increase the accuracy of your network. However, more layers means your model will require more parameters and computational resources and is more likely to become overfit.
Training a Deep Learning ModelTraining a deep learning model requires a lot of data. The more data you train it on, the more accurate your deep learning model will be. (In 2012, Google used 10 million digital images taken from YouTube videos to train a deep learning model to identify cats. Yes, you read that right.) 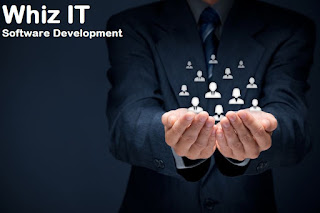 Simply put, training a deep learning model means that you’re feeding data to the model, getting an output, and then using that output to make adjustments. For example, if you train your model on a bunch of pictures of cats and then feed it new cat photos it’s never seen before, it should be able to pick out the cats in the new photos. If it doesn’t, you can change the way the network’s nodes are weighing certain characteristics of the images (the presence of whiskers and a tail, for instance). Weight, in this case, is a number that represents the importance of a characteristic. The higher the weight, the higher the influence that characteristic has on the nodes.
But how did the model even know to look for whiskers? Typically, a data scientist will engineer features for the model to consider and feed it labeled data during the training process (e.g., a series of labeled photos of cats). But one of the amazing things about deep learning is that you don’t necessarily have to complete this step. To continue with our Google example, the company’s cat-identifying model learned to pick out 20,000 distinct object categories, unsupervised. It “learned” what a cat looked like without explicitly being told. (The downside to this method is that the resulting models aren’t as accurate as models that receive supervised training — yet.)
The Future of Deep LearningWe’ve come a long way since Google built its deep learning model to identify cats. Now, we’re starting to use automated machine learning tools to create neural network layers in less time, employ deep learning in the medical field, and match related images with human accuracy.
As data scientists get closer to building highly accurate deep learning models that can learn without supervision, deep learning will become faster and less labor intensive. That can only mean bigger and better things are yet to come.

Popular posts from this blog

Where have you seen Machine Learning in your everyday life?

November 29, 2017
1 –  Google’s AI-Powered Predictions Using anonymized location data from smartphones, Google Maps (Maps) can analyze the speed of movement of traffic at any given time. And, with its acquisition of crowdsourced traffic app Waze in 2013, Maps can more easily incorporate user-reported traffic incidents like construction and accidents. Access to vast amounts of data being fed to its proprietary algorithms means Maps can reduce  commutes by suggesting the fastest routes to and from work. 2 –  Ridesharing Apps Like Uber and Lyft How do they determine the price of your ride? How do they minimize the wait time once you hail a car? How do these services optimally match you with other passengers to minimize detours? The answer to all these questions is ML. Engineering Lead for Uber ATC Jeff Schneider  discussed in an NPR interview how the company uses ML to predict rider demand to ensure that “surge pricing”(short periods of sharp price increases to decrease rider demand and increase driver supply…
Post a comment
Read more

How does a total beginner start to learn machine learning if they have some knowledge of programming languages?

November 02, 2017
I work with people who write C/C++ programs that generate GBs of data, people who manage TBs of data distributed across giant databases, people who are top notch programmers in SQL, Python, R, and people who have setup an organization wide databases working with Hadoop, Sap, Business Intelligence etc. My inspiration to anyone and everyone would be following: Learn all the basics from Coursera, but if I really have to compare what you would get out of Coursera compared to the vastness of data science, let us say ~ Coursera is as good as eating a burrito at Chipotle Mexican Grill. You certainly can satiate yourself, and you have a few things to eat there.The pathway to value adding data science is really quite deep, and I consider it equivalent to a five star buffet offering 20 cuisines and some 500 different recipes.Coursera is certainly a good starting point, and one should certainly go over these courses, but I personally never paid any money to Coursera, and I could easily learn a v…
1 comment
Read more

Why do we need Machine Learning?

November 27, 2017
Every time, it is seen that whenever you opens a browser, you will find someone written about machine learning. About applications to self-driving cars, everything is covered in a articles and blogs. So many companies are focusing towards "Machine Learning as the Future" but what does that really mean? Machine learning is the idea that there are generic algorithms that can tell you something interesting about a set of data without you having to write any custom code specific to the problem. Instead of writing code, you feed data to the generic algorithm and it builds its own logic based on the data. Think of machine learning like this. As a human, and as a user of technology, you complete certain tasks that require you to make a decision or classify something. For instance, when you read your inbox in the morning, you decide to mark that ‘Win a Free Cruise if you click here’ email as spam. How would a computer know to do the same thing? Machine learning is comprised of algori…
Post a comment
Read more

Best Machine Learning Consultant
AI doesn’t have to be a black box – it’s more about acquiring the knowledge you need to make the right decisions. Take a look at our AI solution development process and try to identify the stage you’d like to start from. It boils down to having a “go” / “no‑go” decision after each phase of your AI project, allowing you to optimize costs and mitigate risk